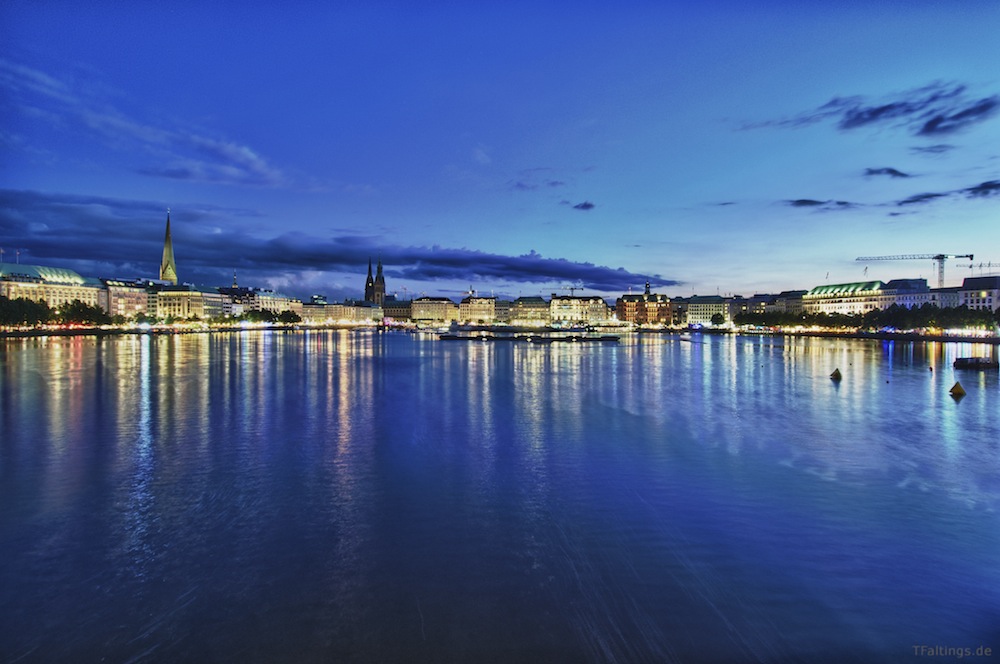 Hamburg is having a fair around the Alster lake, center of the city. With 755 square kilometres, the city area is seven times bigger than Paris and two and a half times bigger than London. As a result, Hamburg’s living and housing standards are particularly high.

With 30 square metres of living space per person, Hamburg has the biggest average living space of all major cities in the world. As much as 14% of the city area is made up of green spaces and recreational areas.